The below dates and times are for the House League Pre-Season Skates from October 1st through October 5th. A separate notice will be posted and sent out regarding the Program Skates that start on Tuesday October 11th, there is no programming scheduled during the Thanksgiving Weekend. The Little Raiders Program starts on Saturday October 15th with notice being posted and sent out by October 10th.

This notice is for any participant in the Scarborough Ice Raiders program whether it is House League or Competitive “A” & “AA” that would like to receive their School Volunteer Hours.

You have the opportunity to gain those hours in the “Little Raiders Program” on Saturday mornings.

Players should be at least 14 years old and can contact Lee Robinson to register at leerobinson1961@gmail.com , or Tyler Robinson at ccmboys@hotmail.com .

Players should be at least 14 years old and can contact George Rennie at shaselects@gmail.com.

Important note: All Tryouts for Under 10 through Under 13 are held in September with information posted when available.

Important note: All Tryouts for Under 10 through Under 13 are held in September with information posted when available.

Our Competitive Under 10 “AA” Team led by coaches Jason George, Dustin Wood and Brett Burke capped off an incredible season this past weekend.  On Saturday the team became the GTHL Eastern division playoff champions with an epic 4-3 double OT win against North Toronto.  On Sunday the team played for the GTHL playoff championship against the Mississauga Beast at Scotiabank Pond.   Unfortunately after a hard-fought battle the team  was on the wrong side of a 4-2 score.

During the season team also won the coveted GTHL Pro Hockey Life Cup championship, won the Whitby Silverstick regional championship and finished as the 3rd ranked team in the province.

The organization would like to congratulate the coaches and players for a tremendous season of continued development and on ice accomplishments. 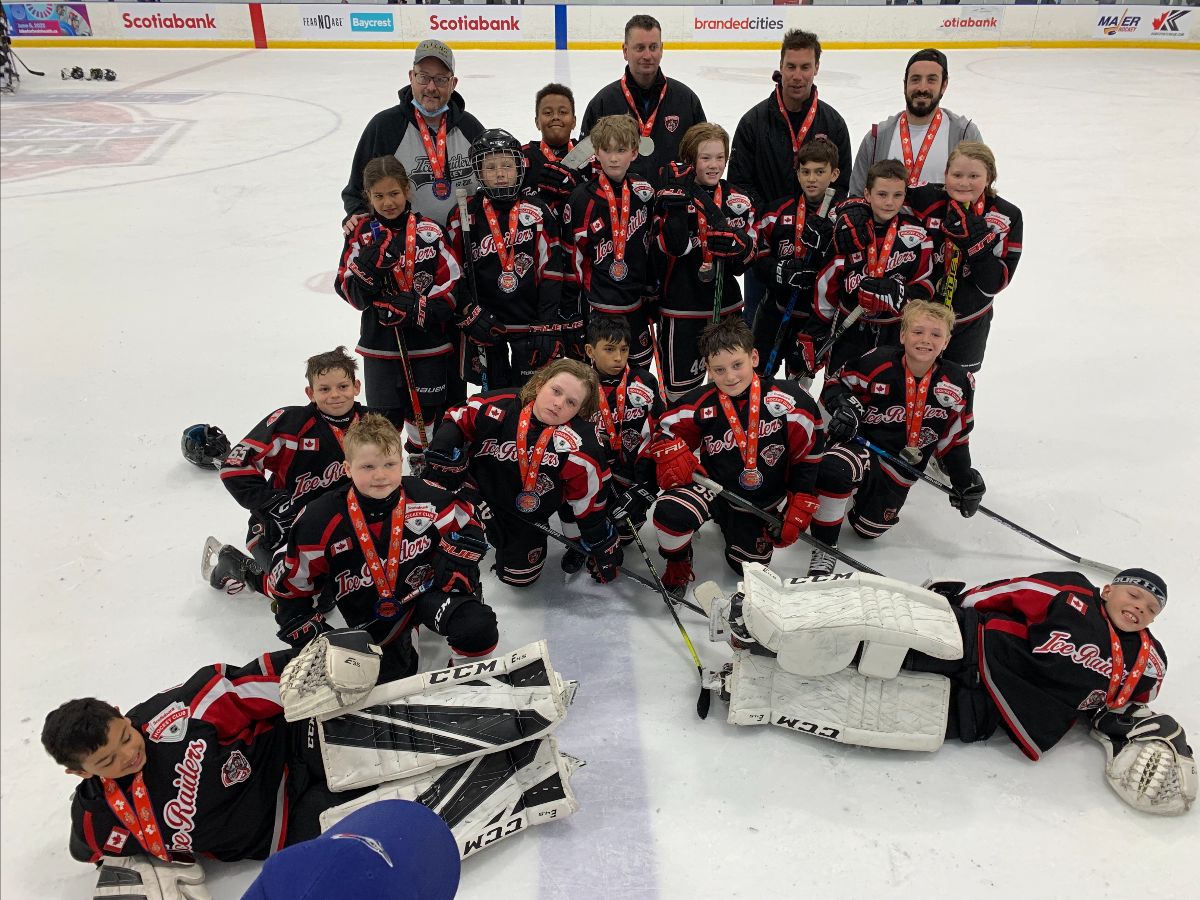 On Sunday April 24, 2022 the Scarborough Ice Raiders Select team became the U11 Tier 3 Champions. Although winning any game or championship always brings a great sense of pride, this accomplishment was engrained with determination and the underlined value of working together as a team to overcome hardships.

When the team was rostered in the fall and began playing competitively against other teams, they faced several defeats but continued to work hard to develop and refine their skills. The team’s first taste of victory did not come until late fall but was embraced with such joy and pride by all the players, coaches, and parents.

As life would have it, the team faced an incredible hardship in the spring when they unexpectedly lost their Head Coach Kyle Liberty.  Many of these young players had never felt loss in their lives thus far and were faced with the decision that comes with grieving; to give up or push forward. In true Ice Raider fashion, the team decided to work even harder and dedicate their successes of the season to Coach Kyle. With the commitment of the coaches (Lewis Bouzi, Shane McDonough, and Greg Donaldson) and the parents (on and off the ice), the team continued to train and play cohesively. The result was an undefeated record and the completion of the Playoff Round Robin at the top of their tier with a 4-0-1 standing and a win in the semi-finals against Avenue Road.

In the Championship Finals the team faced a tough Victoria Village team as their opponents and defeated them in both final games resulting in them becoming the U11 Select Champions!

The journey this team took to reach their goal will forever be a tribute to the importance of being part of a hockey family. Although this season ended as an ultimate success story, it also held an underlined life lesson that these young players will take with them throughout their lives:  It is only when hard work and perseverance are paired with unity in the face of adversity that all things are genuinely possible. 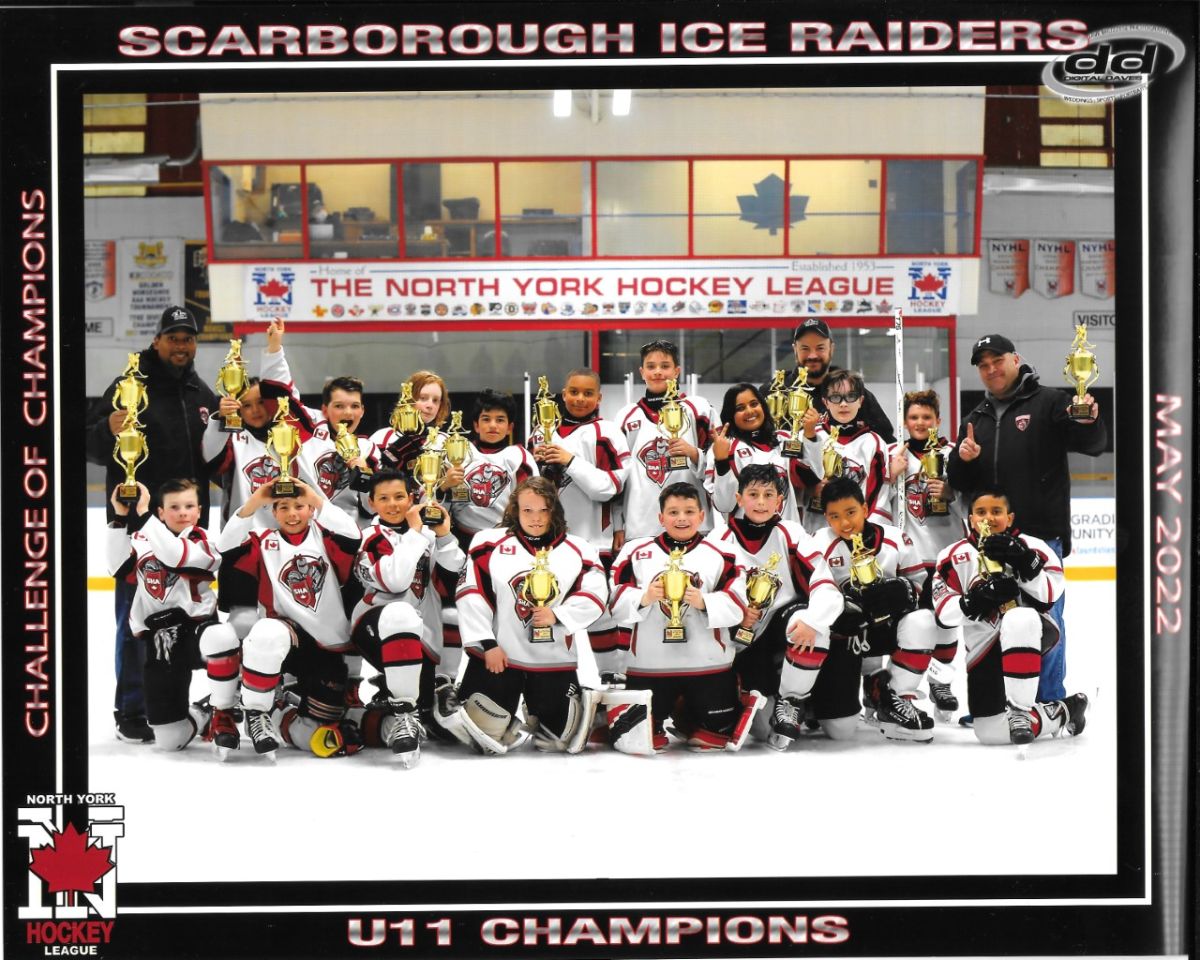 Our Competitive Under 13 “AA” Team lead by Coach Kyle Baker and Staff became the Pro Hockey Life Cup Champions earlier this month. Unfortunately, after a hard-fought battle last night at Scotiabank Pond they fell 2 – 1 to a strong Mississauga Beast Team.

We would like to take the time to Congratulate Kyle, his Staff and certainly the players for a tremendous season and the accomplishments achieved during this very trying and confusing time. 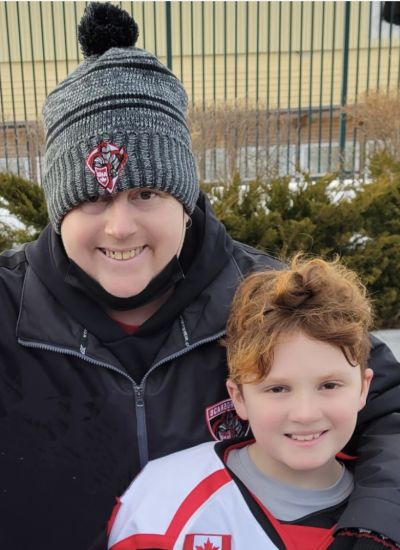 It is with heavy hearts that our hockey community must say goodbye to one of our Greats, Kyle Liberty. Kyle affectionately known as “Coach Kyle” passed on March 1, 2022. This year, Kyle was the Head Coach for the Scarborough Ice Raiders U11 Select Hockey team and the Silver “Superstars” House League team. Under Kyle’s guidance, his record was a perfect 2-0 in the U11 Select playoffs and left an undefeated record of 9-0-1 within the house league.

He has devoted his life to coaching, mentoring, and inspiring our children to become better hockey players and even better citizens of our world. If you have had the privilege to have played for, worked with, or simply talked hockey with Kyle; you truly know the incredible person that he was. His energy, constant positive dialogue, encouragement, and his passion for the children is an inspiration to all of us. Kyle had a unique ability to make each child that he crossed paths with feel like they were incredibly special, that their skill set was so imperative to the success of the team and that each of them were destined for greatness.

He believed in each and everyone of “his kids” and loved them just as equally. Kyle was one of a kind and truly loved by all. His loss is not only felt within our hockey world but also within the world itself. He leaves us with an amazing legacy that will always remind us to approach life through a positive lens, to treat each child like the special treasure that they are, and to always remember that the values needed to skate through life can all be learned at the hockey arena. 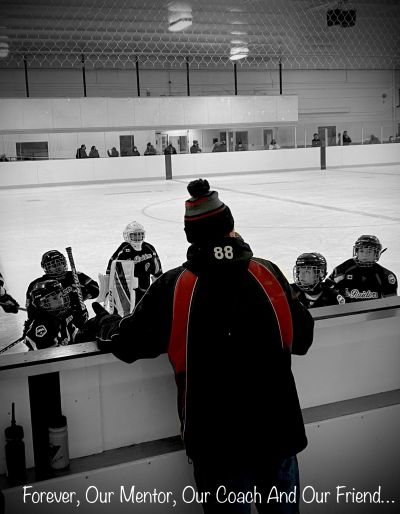